The Failed Assassination of the Thunder God 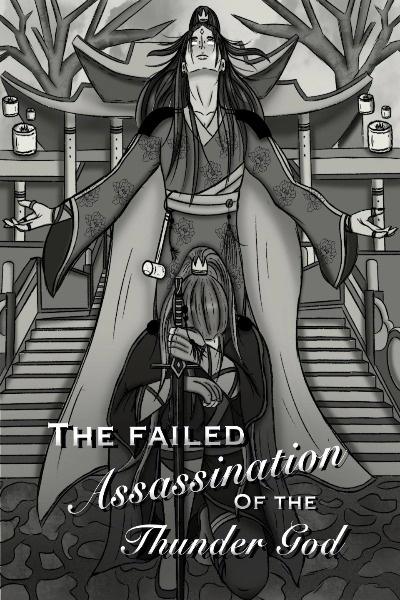 An immortal assassin who has known nothing but brutality. A God who has walked the path of the divine for all time. On a day like any other, Qian Meng set out to kill a Celestial Being for a sack of gold—something he'd done many times in the past. To him, if the being had committed evil deeds, he deserved an evil end. That was it.
And he had truly planned on killing him, that is until the God of Thunder and Justice—Lei Gong—expressed a familiarity to Qian Meng that he did not anticipate.
So, for the first time in his long life, he let a man live.
Little did Qian Meng know that being benevolent also had its consequences. Someone wished the God of Thunder death and would do anything to make it happen, even drag others through the mud.
Pulled together by circumstance, yet accused of heinous deeds, can they uncover the truth surrounding the murderous plot of their brethren?

This is an incredibly slow-burn BL story without graphic romantic scenes. It focuses on the historical fantasy plot of our two main male leads.