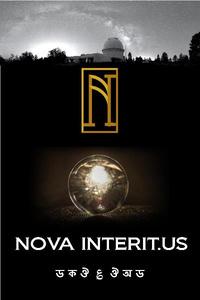 In 2063, the town and much of the nation are in disarray years before the Great Event. The five families have created a blockchain based water distribution system for the locals. This secret is hidden from the contractors, and likewise from their bosses at the Global Water Commission. In the mid-2040's, after the state secessions of Idaho, Montana, and Texas, the Global United National Council of Water Commissioners moved in with their network of contractors. They called it "the integration." The GUNCWC contractors integrated with municipal water departments, using their organized network to invade like parasites on local services. It all coincided with the 29th Amendment to the United States Constitution (which quickly led to the 30th and 31st.) This set of constitutional change became referred to as the Regional Trident Plan.
Nova is a story about survival, power structures, the turning of relationships, and the networking between people and the systems to which they belong. It’s about A.I. blockchain possibility, and its potential for human betterment versus our detriment. It’s about the question of whether or not we need to be saved from ourselves, and by who or what? The Great Event at the end of the first chapter might just be what actually saves us.
The epilogue will take place in 2517. This scene is fully sketched and the full arc of the novel is set. I expect to finish Nova Interitus by summer of 2023.
This story is not something I planned to write, but it all came to in a dream and I haven't been able to stop writing it. This Royal Road posting is basically a beta test with chapters and drafts to get some feedback and see if there's any readership for this narrative. I will be posting the complete edited work on Substack.