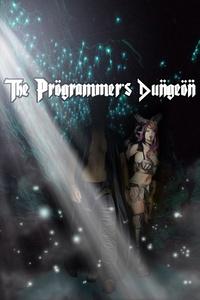 Vincent, a college student from Earth, has been transported to another world full of strange powers and fantastic monsters. Ideally, this would be the start of his journey to become a legendary hero, build an everlasting empire, and gather a personal harem.
But no one said that this new world would be easy…
After escaping an assassination that accidentally befell him, he was forced to become a Dungeon Master. What will an average programmer student do when he finds out that he can code the dungeon?
Vanquish those savages above with his tech and savviness — along with an army of golems?
“Wait, this world isn’t even medieval?!”
With all the questions piling up in his head, Vincent is set to uncover all these secrets! And… conquer the world, perhaps?

The hard reboot of “The Programmer’s Dungeon.” It has an almost completely different plot, cast, and storyline, so expect tons of improvement from the old one.

Disclaimer:
This is a softcore LitRPG story; there are stats but no levels. Also, the LitRPG element isn’t the main focus of the story itself and is more of a support.
I have enabled the reader’s suggestion, and therefore, you can correct any grammar mistakes and typos you find in the story. There will definitely be some that I miss.
Cheers!

The cover was made by Jack0fheart, so a shout-out for him.
Releasing 3 chapters per week at 12.00 GMT on Tuesday, Thursday, and Saturday with at least 2000+ words.
[participant in the Royal Road Writathon challenge]