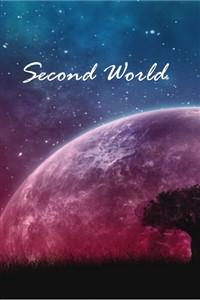 George Young, a 22-year-old man, used to play Dream World, the world's most popular VRMMO. Until he was betrayed. He was just a less-than-mediocre player, but held valuable items, albeit, pay-to-win items. Players from all over came and PKed him for his items, and eventually he lost everything. He's now just a miserable old bum, living a stale day, one after another, unenthused with the life around him.
But one day, George watches a Youtube video where a strange man claims to have made the greatest VRMMO ever, Second World. Reluctant, George decides to try this new game out as his final attempt at VR gaming. The question now remains: Will George redeem himself in this 'Second World'? Can he once again find joy in playing a VRMMO? And if given the opportunity, will he take vengeance upon the player(s) who betrayed and killed him?
But more importantly: What exactly will this 'Second World' be like?

From TeddiusRex,
Hey guys. Teddius here. This is actually a re-submission. Several months ago, I began writing this story, but I stopped. I came into a few personal bumps. I also graduated, so I had no time to write (senior year of college is always the busiest...) and suffered greatly from writer's block and personal issues. But now things have settled down, and I'm back at it again. I'm sorry for the long hiatus/break, but I hope you guys will enjoy my story.
For the most part (over 90%, maybe 95%) of the story content/material has remained the same (then again, I think I only had like 10 chapters out, so it wasn't much material to begin with). I did change/alter a few names of characters/terms (only just slightly). Basically what I did was re-edit the original story, fixing any grammar issues I came across, and edited anything that may have needed clarification. I even merged some chapters/sections from other chapters together.
I could have just stuck to the old story submission and re-edited the already submitted/existing chapters, but it felt too distant and in the past for me to do so.
I had the old submission deleted, and I'm resubmitting it because I feel like I'm turning a new leaf. I hope you'll understand my decision of doing so.
Thanks to everyone who has read my work so far.