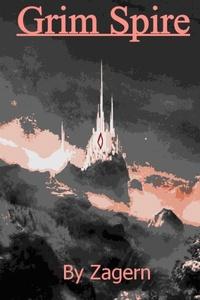 How high will you ascend?
A question that finds its way into all residents of this danger ridden world, built upon blood and carnage that lay the foundations of society itself. For the grand Spire watches all from its place on high in a sunless sky, offering arcana and mystics for all those that would lay under its gaze. A monolithic deity of eternal worship, but not for Asren.
No the would-be thief who'd rather live out his days stalking the gutters of any town or city he could, than find solace in the Spire. Unfortunately, it found something in him.
Branded and marked with the sign of a sorcerer as a cost for saving his loved one, the boy to be man finds himself apprehended and faced down a road, not of his own making. But Asren was never one to just lie down and take it.
Can he unravel the deceit that scars this land of forgotten promises and find the truth behind it all?
Or will it unravel him?
For Asren, the truest of questions still remains.
What are you willing to give in order to ascend?

This book is a Darksouls/Bloodborne/Lovecraftian/Fantasy-in-genral inspired progression fantasy written about a peculiar thief's journey through a treacherous world. What you should know?