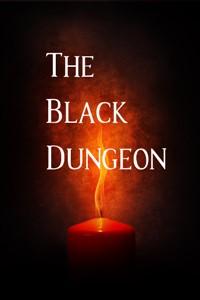 A great, gaping hole known as the Chasm appeared in Landia over a year ago.
Perfectly round it was, and endlessly deep. None knew how it had formed, nor where it led to. There were whispers, of course—saying that it was the work of a scorned god, or the sign of coming evil. Brave warriors were sent to investigate; they were led by Aslon, the Sword of the Burning Sun, the Crown Prince of Landia himself.
Days passed. Then weeks. After a fortnight had gone by, the king could wait no longer, and he ordered the entirety of Landia’s armies to go in search of the Crown Prince and his men. At the end of the Aslon’s trail, a path was discovered, carved into the walls of the Chasm itself, leading to a labyrinth further down below.
The Black Dungeon, as it was to be called later by those who ventured into its depths. Aptly named, for it was a place of utter and complete darkness, where unseen horrors crawled amidst the bones of long-dead and forgotten kingdoms, where fear and despair reigned supreme.
A place where not even the light of the sun could touch.