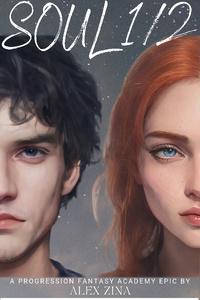 If you had a chance to be a real hero, with all the power and responsibility that comes with the role, would you take it, or is it just a fantasy for you?
Altair had always dreamed about becoming a cool hero that could save the day and get the girl. In reality, he is a quiet kid thrown into a society where noble heritage and riches determine one's worth, and having none he is at the very bottom of the totem pole.
After making it on a scholarship to the prestigious Baignard Academy, he finds himself the target of every young master in the vicinity, with the prospect of four years of hell looming ahead. He is determined to escape the path life had prepared for him, yet the daily beatings are testing his resolve.
One day, he is summoned to a duplicate world where his dying counterpart was fated to be humanity's champion in stopping an upcoming demon invasion. To save the future, Altair needs to walk in his predecessor's footsteps, mastering advanced magic under a tight deadline while living a double-life across both worlds in order to climb the ranks and grow strong enough to protect his family and those dear to him from the ultimate threat with roots in a millennia-old conspiracy.