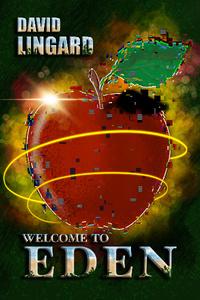 The board of directors of Swarm Entertainment had been working on a singular goal for nearly ten years when the breakthrough had come. Since the first consumer release of VR systems, many had realised that the future of VR gaming would always be total immersion, but very few had thought along the same lines as Swarm Entertainment.
This story follows William, a clever man who had been handed the pleasure of entering the virtual world of Eden and its virgin lands before any other human being. He would be the first visitor to unknown computer-generated lands but he won't be welcomed with adoration.
Complete with stats, leveling and the like, this is a LitRPG adventure.