A Mercenary Among Mages 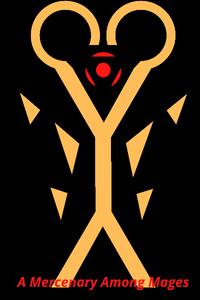 Dain is a Mercenary, and a damn fine one at that.
For years he has been hunting monsters and men alike, trying to survive in a world in which all is covered in swamps and fog, in a world where eels many times larger than they should be could eat you whole without a second thought, in a world where magic is plentiful amongst all the races.
Except for the Humans.
But why should you care? They're nothing but an invasive species after all...