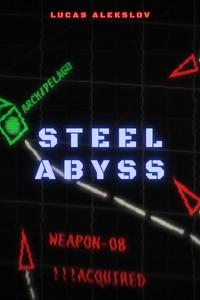 A new era is upon Kailsh.
Floating above the waves of her endless oceans, the great cityships of humanity are undergoing a revolution. Ancient flotillas and sailing boats, once the lifelines of a dying race, have been transformed into towering metropolises and mighty vessels of steel through the ancient salvage upon the sea floor.
But it is a time of war.
From once disparate tribes are born nations, fighting over the remains of dead gods deep in the abyss. Battleships sail across elysian seas and fighter jets carve trails upon a pale blue sky: a world turning upon itself in the throes of conflict.
And one Coalition Warship to save it all: the battleship Archipelago.
Crewed by an emergency crew of raw cadets and an artificial mind salvaged from the ruins of ancient civilizations beneath the waves, the Archipelago will face not only the enemies of the Coalition, but of humanity’s very existence on Kailsh.
For some secrets are better left beneath the waves, and in the embrace of the STEEL ABYSS.