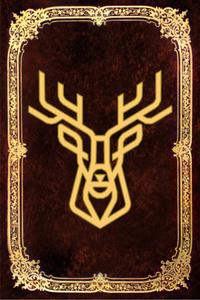 Ancient Mythria. A continent conquered by a powerful race, its natives enslaved, the future uncertain. After centuries of oppression and domination, a revolution is brewing; one that will free the continent of evil, and set the course for the rise of humanity.
Armand, a human and elite warrior-slave, is cast into a series of events that will not only change his life, but determine the future of an entire civilisation. Born to serve a despotic race of elk-folk overlords, the adventure he is forced to embark upon will see him witness terrible atrocities, endure great battles, and become the arbiter of the fates of millions of humans and Beastfolk alike.
In a world where humans possess no magic, among many races that do, how will this unwilling hero achieve the impossible? Will he fall back on his nature as a loyal slave to the Great Druids? Or will he shake off their shackles and free his people, to prove that humans deserve a place upon Mythria's fertile lands. As it equals, or as its rulers.