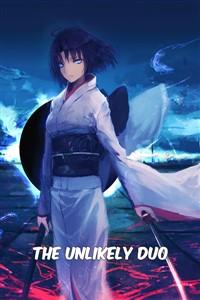 Amelia is one of the many mixed-blooded orphans in Blackwood, a small city in a country full of bloodline purists. Without any way to know if she would survive or starve the next day, she sold herself to a brothel at the age of fifteen. Five years later, she finds herself given an opportunity to be the disciple of someone who calls himself a 'cultivator' - although the rest of the world calls that type of person a 'mage'.
On the other side of the spectrum, we have an amnesiac boy. In addition to not knowing his name, where he was born or pretty much anything other than martial art techniques and Qi spells, no one can see him nor hear him other than Amelia. If Amelia is the queen that rules the kingdom, then the boy is the mentor of that queen.
This is the story of a woman who rises up in the world, called a goddess by some and a terrible calamity by others... And also, the story of the carefree boy who guides her.
Release Speed: 1/week, until I finish my other story https://royalroadl.com/my/fiction/16472, as it has higher priority than this one. Chapters will vary from around 2-4k words, generally around 2.5k each.