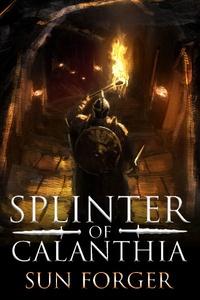 Trapped in an unforgiving and hostile world, Thomas must learn to use his newfound summoning powers before it's too late.
The island kingdom of Calanthia teeters on the brink of destruction, and on every side, they are threatened by the forces of evil. In a last bid for survival, the high mage uses an ancient ritual to summon powerful heroes to push back the darkness threatening the lands.
Thomas finds himself transported to a mysterious world along with four others, but he quickly finds himself alone and in a desperate battle for survival. Granted powers by a splinter of a shattered dungeon core, he must master his strange abilities while evading those hunting for him.
With only summoned monsters by his side, he’ll have to do whatever it takes to grow powerful enough to defeat those seeking his destruction.