The One Amongst Them All 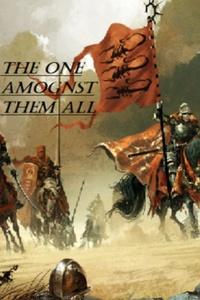 Children like to dream about their future. To do things they can’t do. Unable to notice the cruelty of life, they wish to grow up and foolishly hold it while it chews upon them, devoting their souls only to leave a shell of a human.
Henry had a dream at one point in his life just like any other child. ‘To be the strongest’ he said. But unlike other children, he wasn’t allowed to dream. Life is unforgiving, brutal, and challenging to any who dares to partake in it.
After receiving the news of his older brother's accidental death in the North, Henry at the age of 16, is now forced to become the Baron of a small plot of land. Having never planned on receiving this title and devastated at the news of his older brother, he shells in his Castle, never stepping out and leaving the management of the Barony to his servants.
However, Fate seems to have a different plan for him as he is soon forced to come out of his shell and face the world head-on.