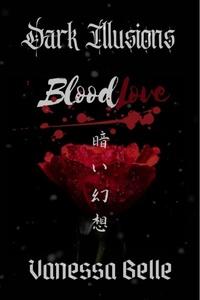 When the Samurai vampire Takeru Furuyoshi of the Ryoku sets out to seek some distraction, he unexpectedly stumbles upon the talented mortal Shin. His familiar features and angelic voice send him on an agonizing trip to his past. A past where he loved a Prince who was brutally taken from him. Shin's lyrics force Takeru's repressed memories to resurface and threaten his sanity amidst a growing conflict in the Kanto region.

Shin, unaware of the dangers that stalk the night, is drawn to his mysterious new fan. When rogue vampires attack him, Takeru is determined to shield him from the dangers of his world all the while concealing that Shin is being targeted for his resemblance to the late Prince. When an old enemy enters the fray, intertwined destinies reveal themselves as it soon becomes apparent that the enemy has plans for Takeru and Shin that were set in motion long before the two of them even met.