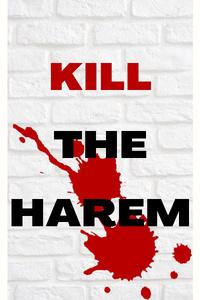 I was never a person who struggled with anything. Whatever I wanted to achieve, I achieved, except for finding a good reason for living. That was until I died. Perhaps it was karma, or perhaps it was some particularly sick god. I woke up in a world full of magic and encountered all these women who became romantically obsessed with me. It bears an uncanny resemblance to those garbage isekai series that I had the misfortune of reading in high school.
The problem is, I loathe isekai. It got to the point where ever time I read about a busty elf-girl wanting to follow the protagonist, I wanted to throw something. It's illogical and it ruins the flow of the story. But now, I'm the one getting harassed by such illogical people? What complete and utter drivel. If any obsessive crazy person tries to make me theirs without even caring about my opinion, I'll f*cking kill them! I'll kill them all!
I'm getting back home no matter what. My favorite manga hasn't finished yet and I want to read it to the end.