Whispers from the Deep 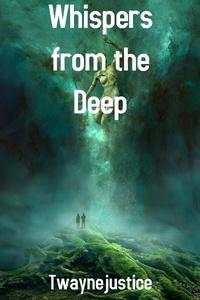 The story of two boys: one, a human with a miraculous gift, thrust into a world of magic and mystery; the other a Prince, veteran of the mystical world, intrigued by the mundane, who combine forces at the behest of an ancient prophecy to save the Seven Seas from imminent destruction along with several of their friends in an unforgettable adventure.