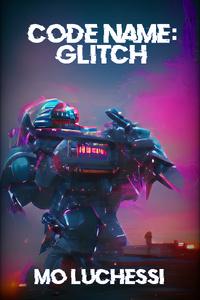 Major Xiomar Haydn is a damn good soldier, and an even better mechanic, although he does have a tendency to get himself thrown into the stockades for getting on the general's bad side.
To keep him busy and out of trouble, Xiomar is assigned the task of repairing an old Mech that hasn't been touched in fifteen years.
He knows he can fix it--he's Chief Mechanic.
What he doesn't know, however, is that GLITCH has a mind of its own. Literally.
In the midst of a war between two countries, Xiomar and his newly-repaired Mech are caught in the middle. The enemy is trying to obtain GLITCH's technology... the power to give their own Mechs sentience and dominate the world.
Xiomar finds himself pondering the morality of forcing a sentient being to fight on his behalf, and what that means for him as a dutiful soldier.
With the future filled with uncertainty, Xiomar and GLITCH are certain of one thing--no one's going down without a fight.