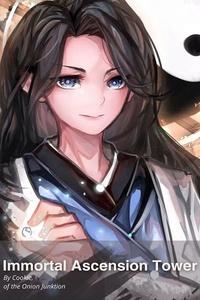 Foretold to liberate the Heavenly Realm of its Tyrant, a child of prophecy was thrust into centuries of struggle and loss.Though Xu Ling persisted on this arduous path for three hundred years, his efforts still failed him at the last step. His blue eyes closed then, in eternal rest.The myriad worlds grieved at his untimely end, and the rekindled ember of hope extinguished with him: Heaven's Tyrant Tian was to oppress forever on.
A thousand years after the demise of Xu Ling, a lower world exists in a remote corner of the vast Heavenly Realm. There, a child lies supine by a burning village. Wistfully, he looks at the night sky. The rekindled ember greets the stars of his fallen companions, the strange entity that had freed him, dormant in his consciousness:"Fret not and watch over me, you all,"he reassures them,"As our conflagration again blazes at the loathsome despot who usurps the Highest Throne."