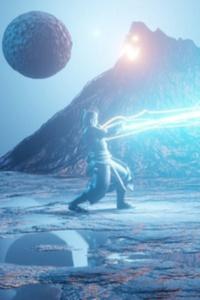 Warning: Gore and traumatizing scenesSet in a near-apocalyptic world, where demonic creatures roam freely. Where humans have been turned into livestock. Where for some, life is a daily struggle. Humans have been pushed out of their lands and forced to live in hive cities- massive overcrowded communities in which people are divided by class. Their only hope are a select few who have been bestowed with powerful gifts, and even then their hope is slim.
Lost and alone, with only a single nightmare to tell him of his origins, Cehedia knows only that he must fight. In a world where it's eat or be eaten, how will he fare? How will all of humanity fare?