HP - Doing what I want 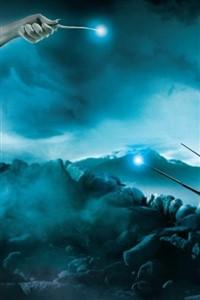 Tib Warder did random things, was different, and could edit the way reality in a vague way. Things just worked the way he wanted them to work, and sometimes could change this in the blink of an eye. But even before his ability to edit reality came to be, he could see reality in different dimensions and could change them too.
Although seeing dimensions of reality were usually in the threads dimension, which Tib used most since it was the simplistic way of seeing and controlling things out of the bunches of numbers, equations, science, and many other things.
Today, he seems to want to go explore the Harry Potter universe, or any random alternate HP universe.
(Do not expect an actual story with depth or anything like that, if there is any depth, that was an accident. I'm mostly doing this to release steam and excersise my imagination. Also I will be using infinite in ways that some understand it and the way I understand it sometimes.) (again)
(Also, I will be changing the genres at certain times to be a bit more realistic like action packed at one point and then slice of life in another point. Doesn't make sense to make it a bit more realistic, I bet that's what you're thinking but I will do what I want!)
(I do not own the original picture that I cropped a bit out, so if you want it off and know it's yours, I can take it off)