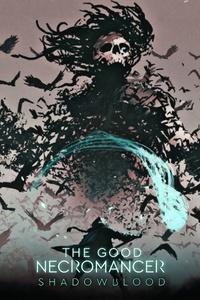 Nothing good happens after 2 am, however, what Ian encountered was utterly absurd. It has changed his world for better or worse.
The familiar world has changed drastically, and Magic is a thing now.
Waking up in a hyper-sleep capsule, Ian found a new set of fuzzy memories in his head, but it was not someone else's. It was his, or at least, a parallel equivalent to his. From a normal entrepreneur, Ian became the heir to the declining great House Hazerider, transmigrating to a parallel universe.
Other than being depressed, Ian viewed the situation with some positivity. He would've wanted to learn magic steadily, however, he knows others would come for him. He needs to grow, and he needs to grow fast, as others would come for him for the sin he never committed.
Follow Ian as he ventures into a somewhat familiar, yet vastly unfamiliar world, veiled in magic and mysteries. As murderous schemes rise to the surface, the line between good and evil is thin enough to draw blood, Ian finds himself in a situation in which he has to shoulder everything good or evil.
Monsters, Rankers, Nobles, Underworld lords, and even Godly beings would come for him with direct assault, schemes, and conspiracies. He's going to need wit and all the power he can get hold of. However, the conflict becomes immensely harder when most of his power is evil.