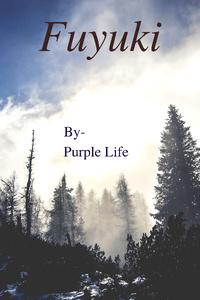 An era defined by bloodshed and slaughter, finally came to an end after 20 long years with the victory of the Emperor side in the Final Great War and now peace has finally been reinstated in the land of Mourning Flowers.
The several heroes who took part in the movement to revolutionize the country were idolized and revered everywhere as the bringers of justice, peace and tranquility.
But…
There’s a big problem!

After the war, because of the rapid decrease in the demand of fighters almost all of those ‘patriots’ who worked to save the country are now unemployed!
On top of that because of the messed up economy things are getting costlier by the day!
And with the old Emperor now dead and the fight between his successors, the country is in shambles!
…
…
So on and so forth.

But amongst all this chaos, there is a man of unknown origins who still lives by his own rules, Fuyuki Hayashi, who wants nothing but peace and good food and a big house and a big car and a harem of maids and a good after-food dessert in his life.
Will he be able to continue living his life in peace in these trying times?