Rise Of The Heavenly King 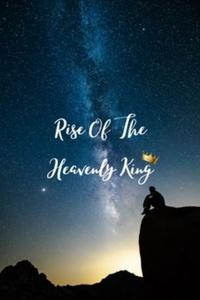 At the start of the 20th Century, 10 meteorites fell all over the world carrying within it boundless power that would shake the entire planet. From that moment, some people started to gain abilities and use them for good and evil, waging wars all over the world. With this event, 10 kings would rise and rule the entire world. These kings were the strongest of all, each carrying massive amounts of power.
One day, a war that affected the whole world had erupted. Because of it, countless people died both weak and strong. New people arose, taking over the old rule. After the worldwide massacre, all people who wielded these magical abilities disappeared. This century was secretly known as the "Battle Of The Kings" and was regarded as a highly classified information. Now, the old century has passed and a new one came with the power of technology. Living in this era was a 30 years' old man, Lucas Riel. He was commuting to home when suddenly, a meteorite fell over close to his location and since he was a curious person, he went ahead to check it out.

When he got close, he accidentally inhaled the smoke coming out from the meteorite, started hearing whispers then passed out. One day, he discovered that he gained an ability after hearing those silent whispers. With his new ability acquired, watch as he slowly rises and becomes feared all over the world. He is known as the Heavenly King.

NOTE: I HAVE ALSO POSTED THIS STORY FROM OTHER WEBSITES UNDER THE SAME AUTHOR/TITLE. HERE ARE THE CURRENT WEBSITES YOU CAN READ FROM: - RoyalRoad- ScribbleHub
Author's Note: This is the first novel that I have posted EVER. Atleast try out the first 3 chapters and see if it's to your liking. Sorry if there are any grammar/spelling mistakes that I might have made as English is not my first language and I am only writing this novel to relieve my boredom. Lastly, feel free to leave a review and your suggestions so that I could see if you like the story or if there are any mistakes that I have made. That's all and enjoy reading :)