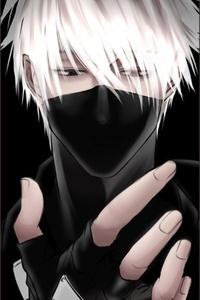 In a hall that was supported by a golden craving runes pillars, the surrounding was silent expect heavy breathing of a injured white robe teen with green hair and blue eyes while holding sword in his hand he was kneeling on floor. the blood covered his whole white rob in red colored.
Many bodies lying on floor around the green hair teen, which indicate how intense battle was.
Standing front of the injured green hair teen was a teen name Kaal with long jet black hair and deep black eyes with a handsome face with dominating aura came in.
by piercing the sword in the chest of green hair teen, Kaal said with smirk on his face "Finally the dog died...".
Taking out curse soul orb kaal read the memory of the green hair Raven.
"HAHAHA HAHAHA so that was his secret. a soul from other blue planet called earth was possed the body of Raven..." Kaal said while laughing.
Like a story of novel on his planet.Raven must be the mc which might be destinated to ascend the height of the world,and i might be arrogant young master type Villain, which roles are to make mc shines.
-----------××××-----------------join the journey of kaal from Villain to strongest demongod.
-Slow pace novel where every character have its own arc.
-English is not my native language.