The Traveler from Beyond the Stars 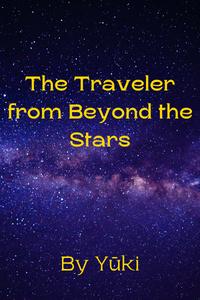 By the aid of a little creature, a boy is brought towards a young death; an end towards his suffering in life. He cares not about hell or heaven, all he cares about is leaving this world. And leave, he did. But what would happen now? Would he just vanish. Yes, he would, but only from this world. Dying here, he will awaken to a new life in a new world. One unlike his own. Bearing the trauma of his previous life, he will live again, and learn to live. Slowly but surely, he will heal his wounds from his previous life. In a land of fantasy, which is now his reality, he will go places, and make friends, family, enemies and rivals. Not bound by tyranny, or destiny, he will live and be what he wants to be.

[PS: The world-building and some other elements are heavily inspired by the video game "Genshin Impact". The updates will be irregular, but I'll try to post new chapters at least twice a month.]