The Last Prince of Cyanolisa 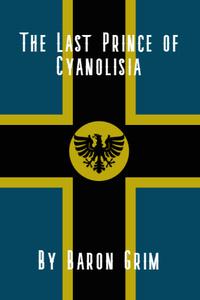 The cities were burned. The soldiers were overwhelmed. The royal family was executed. The populace enslaved and reduced to second class citizens. And so, the nation of Cyanolisia ceased to be, having been conquered by the neighbouring Kingdom of Redmere. Yet, despite the hardships that have fallen upon the people, hope still prevails, as even 20 years later talk of a surviving Cyanolisian prince spreads throughout the populace. The king of Redmere dismisses these as simple rumours, believing the Cyanolisians to be subjugated.
Unfortunately, this turns out to be more than just a simple rumour.