Bones of the Crooked - Portal/Isekai LitRPG 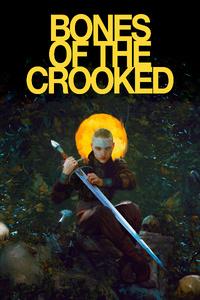 This life, I will do whatever it takes to stay alive. Probably will have to kill some people. Might have to usurp a throne. Could learn some magic. I've got four whole years.
When I died on death row, that should've been the end. Except I was transported to a new world where I was the forgotten third son of the Duke. I tried to live a normal life, but I ended up dying because of my treasonous family just before I turned 21. That should've been the end, but instead I regressed back to when I was 17.
My second life, I was killed after getting revenge on my family just before I turned 21. My third life, I became a soldier and died on the battlefield just before my 21st birthday. My fourth life, I became a royal guard and died, you guessed it, the day before I turned 21. My fifth life, I became a royal assassin and still died before my 21st birthday. My sixth life, I did nothing, and I died. I'm tired of dying, so this time, I'm going to use everything I know to make it to 21.

Dexter meets Sanderson's Gentlemen Bastards in a LitRPG. Yeah, you heard that right. There will be killing, schemes, cons, heists, a lot of luck, and a whole lot of fun.
Updating 3x a day and eventually will work down to 1x a day to avoid burnout. I have no plans of abandoning this. The cover is temporary until I get art back from a commission.