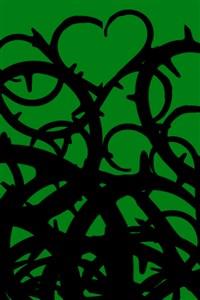 Millenia ago, humanity faced a catastrophe. Some devastating, catastrophic event that even to this day leaves its impact on humankind and the Earth. That’s not where our story takes place though, instead we look to space, where humans have taken up residence among the stars.
Living in huge industrial space stations, life is a bore. Dull daily routines are broken only by extravagant fashion, music, and other means of self expression. Also, of course, the lifeblood of the stations- games.
Four months ago, humanity was contacted by the first ever known alien life forms. These aliens, calling themselves the Erta offered their designs and schematics for their True Virtual Reality (TVR) console, as well as access to their game in exchange for peace. And humanity, excited at the opportunity to achieve one of their life long dreams (that is, to experience True VR), graciously took them up on their offer.
Now, after scientists have finally confirmed the console to be safe for humans, the game is to finally be released to the public. This comes to the joy of most of the population, but a small portion of them can't help but be upset. As thousands of the researchers meant to be developing virtual reality, are fired overnight.
Meet Brian Reed, one of these newly unemployed workers. Now, join Brian as he explores the very game that was the death of his job. And watch as he learns that the game is not quite what it seems.