Avdenture of The Eternal Brothers 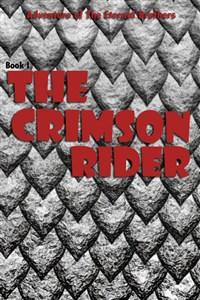 Jirou and his two friends, Ethan and Matt, always had a dream of travelling to a fantasy world; a world of magic. They knew that it only a dream, so they quench their desire by playing online fantasy games. In the game world they were know as The Eternal Brothers.
One day, Ethan got news about a strange man being caught for vandalism at unfinished housing project, not far from where they live. The interesting part is that the man draws a magic circle. Curious about the magic circle, the trio breach into the housing project to see the drawing with their own eyes. And they were satisfied, the magic circle was drawn carefully and full with detailed works.
What they didn't know that the magic circle was real, and activate by itself when it got showered by the full moonlight. The hole created by the magic swallowed the trio and sent them to another world; a world of magic.
Jirou find himself crashing to a stormy sea alone, where he had his first struggle of survival.
What else he had to do to survive in that world, where can he find his friends and can he go back to his own world?