Aegis Of The Gods 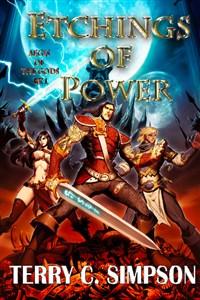 In a world where magic corrupts unto madness and death, a city-devouring enemy has risen. An enemy that can only be destroyed by magic.
The fate of the world is left to a legendary killer without a memory, a gifted student who has lost his way, a vengeful assassin on an impossible mission, an old mentor whose only wish is to save her people.
Now, the winds of war blow. Swords have been brought to bear. Men do battle with myth. Who shall unite the kingdoms? Who can bring the world's power to heel? Who can walk the knife's edge of harmony?
If none can, then Denestia is doomed.