Welcome to Eden: Eden Book I 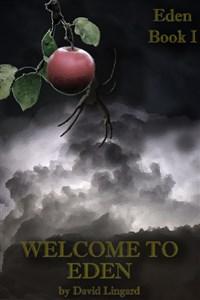 The board of directors of Swarm Entertainment had been working on a singular goal for nearly ten years when the breakthrough had come. Since the first consumer release of VR systems, many had realised that the future of VR gaming would always be total immersion, but very few had thought along the same lines as Swarm Entertainment. The singular goal of Swarm was to eventually create a world where the physical restrictions of the human body would no longer apply. If a person was in a wheelchair, they would be able to walk. If a person was blind or deaf, they would be able to see or hear. If a person chose to do so, they could escape their nursing home into a new life where they could enjoy anything and everything they could have ever wanted – this was the main goal behind creating Eden and the possibilities were absolutely endless.
This story follows William, a clever man who had led the development team for six years and been handed the pleasure of entering the virtual world of Eden and its virgin lands before any other human being. He would be the first visitor to unknown computer-generated lands but he won't be welcomed with adoration.