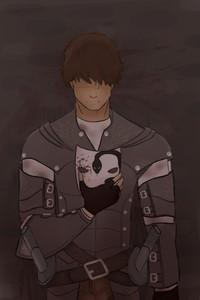 Previously known as Lusarth Fauxun.
Roughly two millennia ago, Mana and monsters appeared in the world of Eiruta overnight, forcing all organisms to undergo a selection process; those who could not adapt to the Mana died while the remaining reproduced and lived on. This catastrophic event was recorded in every race living on the continent of Sholoth, a land mass covering half the planet, except the Humans, who seem to harbor a secret. Beyond Sholoth lay the 'Cursed Territory,' where anyone brave enough to venture has never returned...
In a safer part of the world, a young Kai recently turns 11 years old and can finally enroll at the Academy. It has been his life-long dream to become an adventurer, alongside friends, exploring the world and fighting monsters. How could this innocent boy end up abandoning his childhood ambitions and instead end up working for Cascabel, an infamous organization that commits the most atrocious crimes?
Additional Genres: Romance, Mystery, Drama
Arc 1: CH1 - CH40 ~186400 words
Arc 2: CH41 - ?

Vote for me at Top Web Fiction. Registering not required.