I Am Part Dragon 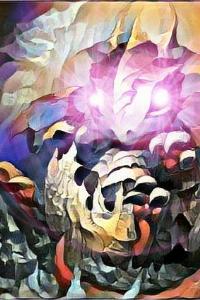 An ancient helmet called “The Will Eraser” has the ability to suppress the fighting will of living creatures and breaks the morale of armies before a drop of blood can even be spilled with just a random thought.

For centuries, it had been thought to be lost after “The Fall” event which had changed the world into a paradise for monsters to rule. Humanity in this world had fled to their underground cities on the dark-side of the moon for centuries. But one of the five ruling families of humans who are the descendants of the saviours of man, had been discovered hiding the helmet’s location on the surface world. This lead to the entire family and their kingdom being invaded and destroyed by the other four families in retribution for their betrayal through their secrecy.

With the location, finally in the hands of the four families, they began organizing their respective armies to conquer the surface world from the monsters and be the first to find the sacred helmet.

In this deadly struggle for the dominance over the surface world as well as humans, a forgotten existence who brought about “The Fall’ is regaining its strength in secret. At the same time, there is a young man who discovers a secret lurking in his blood that may change his life and that of the world.