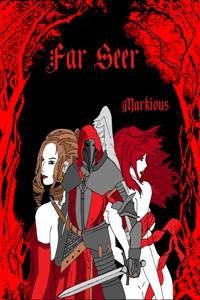 The Order of the Raven.
Carrion crows.
That was the name whispered by people outside his order when they saw him and his ilk and thought they couldn't hear them. They could, but paid the commons no heed, they were below heeding. The name, however, was not inaccurate, they were often found near battlefields, and it was likely as not they would be drenched in the gore of war.
No one ever said it to their faces.
His contract with a demon done, he spent his days wandering, waiting for the magic that marked him as a Warlock to strip the light from his eyes, for he was a farseer, a man who at the cost of his vision could see the future. Pointlessly wandering in a tradition of motion he found himself viewing a future he had never expected.
One of both love and sorrow intermingled with a woman named Seris, and for the first time in years, he found a purpose to his steps, to the motions of life...

Author's Note: this one is going to be fun, it is over 5,000 words per chapter and I can't wait to hear what you all think of it! Also like always expect a Harem and lots of sex, cause you know it's me lol