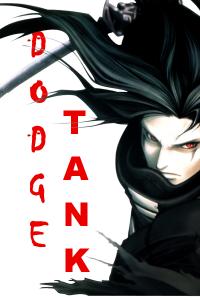 His big brother is a jerk, his mom is sick with cancer and his legs are next to useless thanks to a neurological disorder. Oh, and the world was destroyed by a nuclear war two centuries ago. Now everyone lives below ground with the only escape from reality being the massive VR world of Crystal Shards Online.

But even ingame, Ryan's life sucks. Unable to play a combat class due to his condition, he works as a miner, earning barely enough to get by and not nearly enough to afford the operation that will save his mom's life.

When he digs up a rare scroll that grants the ability to dodge nearly any attack, his luck changes and Ryan finds himself in a unique position to become one of the game worlds most elite and sought after players: a Dodge Tank.

But for someone whose never played a combat class, success isn't so easily had. Now Ryan will have to overcome his disability and level his way to the top to get a crack at the big leagues and a chance to save his mom's life. But winning in the game isn't quite what it seems and the real world consequences are more far reaching than he ever could have imagined.

Ryan will have to navigate this new world and learn quick, because the fate of not just his mother, but the entire world may be resting in his hands...

Dodge Tank is the first book in the Crystal Shards Online LitRPG series. If you dig strategic game play mechanics, massive battles and progressive leveling with real life consequences, then this is the read for you!