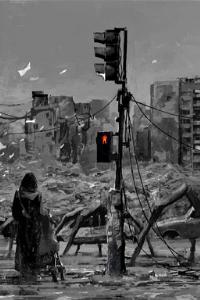 A short story. A group of Soldiers are sent on a suicide mission to destroy a stronghold of the Fraz, invading aliens made of flesh and plant. The group deals with its problems as it completes the missions. One bullet, One word, One punch at a time. Follow Shair as the 'Psycho' infiltrates the base; meeting enemies and annoying companions along the way to reach his Commander.