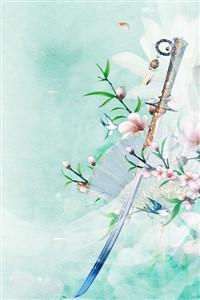 She wanders the world, sword beneath her feet and wine in her hands.
The sun, stars and moon her companion.
The Dao her guide.

Daoism/Taoism holds a heavy influence within this novel; Daoism will not be used in its purest form, but I will rather take ideas and concepts from the philosophy. Many concepts of martial arts that are derived from Daoism will also be used, but not in their strictest sense; this novel is heavily Wuxia in nature.

I also have another novel on RRL named: Across the Realms(ATR). ATR bases itself in Xianxia (ascension and immortality), while Evenfall is more Wuxia in nature with hints of Xianxia.