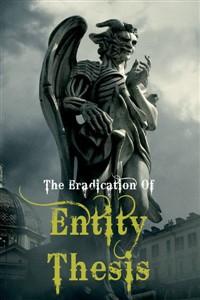 Samael and his younger infant twin siblings, Lilith and Abigor were forsaken by their treacherous parents who betrayed their own country.
After 7 years-
Samael had enrolled in the military and swore his loyalty to the country as he feel obliged for the treason his parents did.
However, the people were not as forgiving as he had thought.
He got bullied constantly by his classmates and was a laughing stock as he was the son of a traitor.He even worked as a part-timer to earn money as the government has seized their family wealth and property.He studied dedicatedly and strives to be a renowned knight and regain their family honor.But the major reason he worked hard was just so, that his younger little siblings could lead a decent and a better life.
Little does Samael knows that he is on the hit list of a mysterious inhuman band of mercenary.Actually, they are not human beings at all.
**This is my first book and the chapters are slow paced. The chapters contains Slice of life writing which help's to explain the charchters more in details, as the plot moves on.*
The cover photo is from the movie - Angels and Demons! So if the owner that would be Director of the film Ron Howard, has any issues? DM me and I shall gladly remove it but please let me have your autograph as well :)