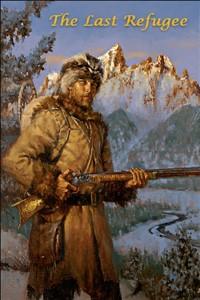 The Last Refugee,
This is a journey of a man named James, who has just discovered that his professor at MIT has found a way to create a gate between two realities. The first team sent in with the professor has lost contact with central command, the second team has secured the gate on the other side, but there are complications. The only message sent back from the first team is, ‘James, my boy I found it, I bloody found it, but I need your help. Come as soon as you can. This could change the world. Don’t worry about those drab Gestapo in the suits.’ So begins the call to adventure as James embarks on an adventure which will see the thrill of victory, grace the deepest pits of despair, and find what it means to be man at the edge of the world, while discovering a new frontier.
Watch James, as he becomes the last refugee cut off from the world of modern convenience that we know and enter an entirely different reality where he will have to dig deep within himself to survive as he unravels the mystery of a new world and works to find his professor to discover the truth of this world and his own.
Action/ Adventure / Fantasy / World Building / Mystery / Where ever the story goes
** I do not own the cover art, but if you know who does feel free to contact me. Let me know if you have any thoughts or opinions on the story. I have a rough idea where I want this story to go, but it is a work in progress. So guidance and feedback are appreciated. Thanks :)