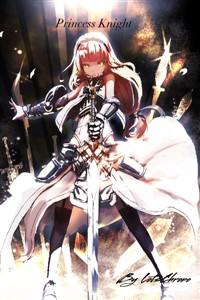 After an unfortunate accident which caused Maria to lose her parents and end up with a bastard as an uncle, she takes her own life. However, god found pity in her actions and chooses to reincarnate her. Parts of her memories were locked away without her knowledge and all in order to protect her frail mind.
She awakens to the mantle of a princess of a small kingdom, vowing to protect both her kingdom and family, she decides to take on the mantle of a knight with her own hands.

This is the tale of a young girl finding herself within this new and strange world while also meeting new people along the way.

This Story can also be found on Wattpad; either earth the title name or the username LotsChrono. Any media used within this novel is not of my own.