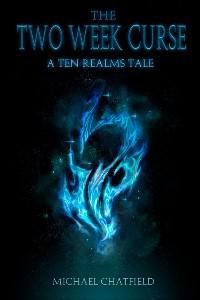 People Started falling down in pain at first.
Then they saw screens and could sense an energy within them called mana by the screens.
These people could gain skills, cast magic and do the impossible.
Two weeks after, without fail, they disappear, never to be seen again.
It was called the two week curse.
Erik West was a combat medic, he was trying to save his friends lives, then he was blown up, leaving him with just one arm. At first he thought he had an infection, but then comes the news. He has the two week curse.
Let's just see if there is such a thing as healing magic.

Current release schedule:
1 chapter per week, coming out on Monday

Patreon supporters can read ahead as well get access to other benefits!
https://www.patreon.com/michaelchatfieldwrites