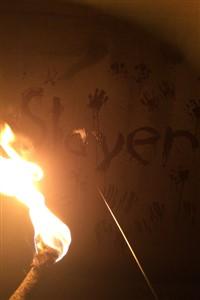 Johnathan Slayer was a collage student at the time of the outbreak, infected appeared all over the world all at once. The army was overrun roads were blocked and surviving day to day became a battle that many lost and died and many lost and became monsters both alive and dead. He rushed from his collage in California back to his home town of Battle Creek Nebraska to help his family only to find his town destroyed his family and the love of his life dead. The story begins seven years after the outbreak in the city of Lincoln known as District One in the new goverment The Nebraskan Republic, a senate elected by settlements of survivors skattered throughout the state, but they are not without enemies. The remenants of the army and goverment have come together and are trying to bring back the country they once knew by drafting the surrivors into a war against the dead but the Republic and most other settlements refuse to obey the group known as the Patriots resulting in a terrorist war as the Patriots try to sieze control of the Republic. Slayer is the Lord of District One and his power over their defenses begins to fade as the corrupt senate siezes more and more power for itself and Slayer is torn between the duty to the Republic he created and his duty to the people he swore to protect.