A Hermit's Life for Me 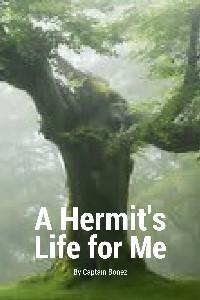 Aster Spinel was never ashamed of what he was. He was a magic nut, a practitioner of its art. He was a researcher with a goal of finding the very secrets of his chosen field. His only ambition was to create a new branch of the ways of the arcane.
He was also a Hermit. A shut-in. A low-life. The lowest of the low. A failure of a Wizard. That was what the world called a Hermit.
He was never ashamed of the title. In fact, he took pride in it. As a man with few friends, he could proudly say that he wasn't an ordinary Hermit.
Of course, sometimes being a Hermit with friends could have a few complications...