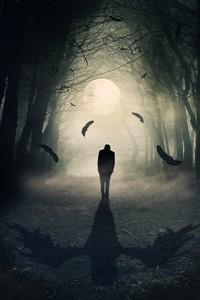 Life is unfair... Nothing is more truer than these three words.
Michael Pierce lived his life struggling, with his parents dead and no one to ask for help, he was at the bottom of society. It was inevitable that one day he would die, whether by mugging from another bottom-feeder or by his poorer than poor lifestyle. To his surprise, it was either. Walking home from his daily routine of looking for scraps, he met with a young man whose eyes was empty and a dead-pan face, to his surprise the man was atop a dead woman's corpse. The woman was just shot, as there was smoke trailing from the hole of the gun pointed at Michael's head. He didn't move nor flinch but before he could do anything a bullet quietly passed through his head killing him.
Having no time to process what was happening or see what was around him, he heard a calm, confident and very persuasive voice.
"Do you want to live and change everything?"