Arcadia's Ignoble Knight: The Sorceress of Ashtown - Parts 1 and 2 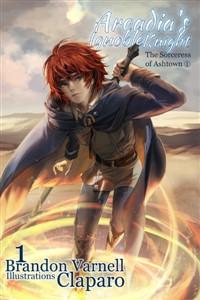 Arcadia's Knight Academy is the premier school for young men hoping to become a Sorceress's Knight. Only nobles, people with power and prestige, are allowed within these hallowed grounds-which explains why Caspian Ignis del Sol is hated by everyone. He's not a noble, or of even slightly noble lineage. He's a peasant. Caspian is tasked with delivering a letter to a Sorceress, but he soon finds himself in over his head when the Sorceress in question is attacked by an elven assassin. Now he's become the temporary Knight for a Sorceress nicknamed The Succubus, and he must protect her from more assassination attempts. However, Caspian is beginning to suspect the Sorceress might be more dangerous than the assassin.
Note: This is the unedited version of Arcadia's Ignoble Knight: The Sorceress of Ashtown Parts 1 and 2. The edited and fully illustrated versions are available through these online retailers.
Part 1:AmazonBarnes and NobleBooks-a-MillionKoboItunes
Part 2:AmazonBarnes and NobleBooks-a-MillionKoboItunes