Evil that Men Do - Heathens 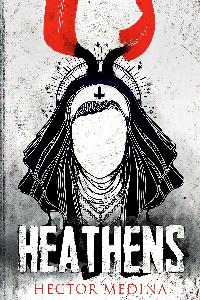 How far will people fall for their ambition?

The children of Havenbrook are missing and the only people left to turn to are two demon hunters, Dion and Apollo. They’ve come to help the small rural town and the traumatized citizens within. Their mission is simple, to investigate and put a stop to the recent outbreak of black magic and human sacrifice.

But things aren’t that easy.

Rituals, demons, and their own selfish desires stand in the way of the demon hunters as they battle against the leader of the black mass, Alestor and the prince of the hell pulling his strings with false promises.

Being the only people able to fight, it’s up to them to take the battle from Earth back into Hell.