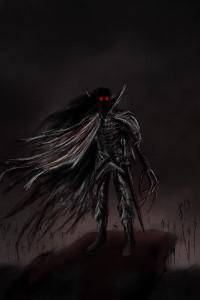 What would happen if the Earth became over populated? You would want to decrease the population, or move some of them elsewhere, right? Seems like it would solve things. What if the governments of the world decided to get rid of the trash of society? That seems fair. What if they decided you were the trash? Not so fun now, huh?
Welcome to the world of Aezorish. This world is one created in cyberspace, full of magic, fantasy, and splendor. This cyberspace world is completely independent from Earth, no servers required. It is incredible, not to mention it was created by the top name in VR gaming, Nervous Products Interactive. However, unbeknownst to its players, this world will serve as their new home, as the governments of Earth have decided this to be their soultion to the overpopulatiion problem.
Enter Jacck Frost, no not the fiction character, just someone who lives with the name. He is lonely gamer. He has no family, hardly any friends, he only has one thing going for him, his job. He spends all his money on his one joy in life, gaming. No he is trapped in this world, this Aezorish, whatever will he do?