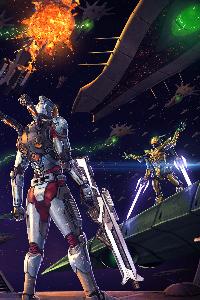 The Age of Man has ended. Desolate planets and shattered starships fill the void of space, and the wrathful manhunters have conquered the cosmos.

Humans, who had once ruled the stars, are mere prey to these immortal aliens. They patrol the galaxies in massive ships, mercilessly killing every human they find.

Survivors like Eva must traverse through the shadows of space, for they are constantly being hunted by the enemy. Earth, the only planet the manhunters have been unable to destroy, is their only hope for survival.

Exosolar is a Scifi Survival story that chronicles the journey of Eva, one of the last humans left alive. With danger lurking on every planet, she must find her way back to Earth, and defeat the demons that seek to destroy her.