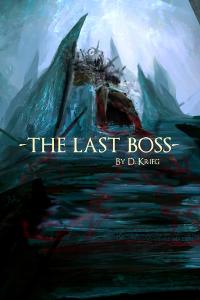 In the darkness there isn’t time, there isn’t space, there isn’t emotion, there is only nothing, however, the place where even the darkest of creatures wouldn’t venture or better saying aside from a selected few, no one knows. This place that doesn't exist and was never told is your origin and is also your name. What is your name?
Mordread. Hm... to name what doesn't have a name, maybe was a mistake for you that never had anything? But thinking about is an irony because before your name you already have a "Legend", a gift from this world to you I think.
“Sealed Deep under a mirror"
"Lies the other half of the Fate"
"However don’t matter how much the mirror shatter the Fate of they are but a reflection"
"Until either the last breath"
"Where meet The End”
Have fun, also remember that the first impression is the most important.
Color the world with your own paint stroke…

Pretentious Writer Summary
[SPOILERS SYNOSPSE]
The story passes in an ever-changing magic world, so you can expect many races and monsters, dragons, goblins, catmen tribe. However, this world countries and cities are filled with hidden agendas and event that happen outside the intervention of the protagonist.
For most of the story, you will follow Mordread, a newly made "monster-like" being that is cursed/blessed by having his fate interweaved with the special being known as "hero". That gives him some very unusual powers, one of them is partial immortality, but also a great disadvantage, that is the fact that can't train the body/mind or leveling, outside a very specific way.
For now, his task is to find a way to not die the next time he meets "the hero", that is on a crazy leveling fever.